Most of the authorship of Scripture goes uncontested. We can, with a high percentage of certainty say that John wrote the Gospel of John and that Joshua wrote the Book of Joshua. But what about the first book of the Bible? Who wrote Genesis?

The majority of biblical scholars have attributed the authorship of Genesis to Moses, but this has not gone without contest, especially from documentary hypothesis theorists.

In this article, we’ll dive into who documented the beginning events of the world, the age of the Book of Genesis, and whether we can trust this book or not.

As stated before, most scholars attribute the authorship of Genesis – and the other first four books of the Old Testament known as the Pentateuch – to Moses. But how do we know this? How do we know that Moses, and not a series of authors as proposed in the JEDP theory linked above, wrote this book?

First, as this Answers in Genesis article explains, we have documentary witnesses. This means we have verses in the Bible that attribute the authorship to him such as Numbers 33:1-2.

Second, as mentioned in the Answers in Genesis article, not only does the Pentateuch confirm Moses’ authorship, but the rest of the Bible, including the New Testament does as well. This means thousands of years of Jewish tradition would have upheld this position.

For a group that revered Scriptures so much and paid meticulous attention to the text when copying it, if Moses had not written the books, the Jewish people likely would not have held to such a strong tradition by saying he did. Furthermore, we have testimony from Jesus himself that Moses wrote these books.

But this does bring forth the question: how would Moses know all of these things? How would he know about the events of Genesis and other events that happened hundreds (even thousands) of years before his time?

Second, we also have evidence throughout Scripture, writes Don Stewart, of tradition being passed down – from specific prayers of Abraham to the bones of Joseph. Their culture worked quite differently than ours. They remembered details better, had a stronger oral tradition, had longer attention spans. Not to mention the events of Genesis ended about 300 years before Moses came into existence. Because of the strong oral tradition and duty of the Jewish people to preserve their roots, not much could have changed in the accounts throughout that time.

What Happens in Genesis?

It’s, of course, difficult to summarize all the events that happen in Genesis. After all, the book takes up 50 whole chapters in the Bible, so we’ll briefly summarize some of the major events that take place in the book.

Genesis follows humanity through creation and humanity’s descent into sin (Genesis 3). From there, we have the well-known story of the Great Flood, and the birth of the Israelite nation through Abraham.

We follow Abraham’s generations through Joseph and how Israel ended up in Egypt due to a massive famine.

From there, and after hundreds of years of slavery, we pick up the story in Exodus. 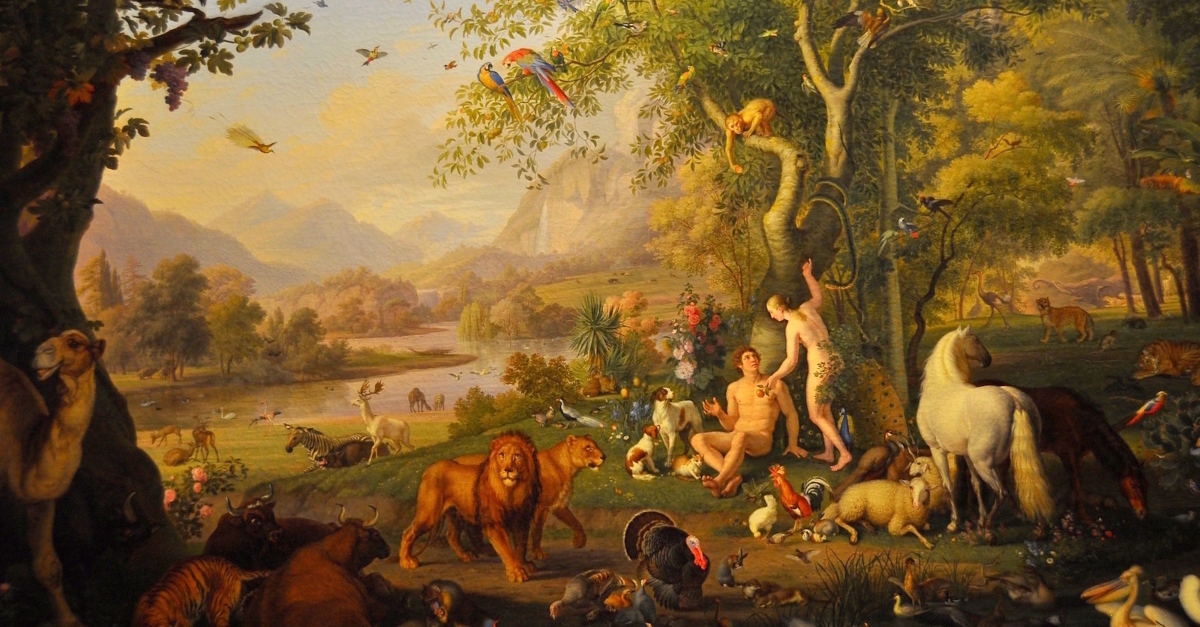 How Old Is Genesis?

This question means the date of the manuscript, not of when the events inside the book took place. After all, we don’t want to dive into the New Earth vs. Old Earth debate.

Of course, this question in itself can raise a number of disputes because people have not reached an agreement as to when Moses lived on earth. But most scholars place the compilation of the book somewhere between 1445 BC or 1290 BC.

Again, this entirely depends on which Pharaoh was in place when the ten plagues swept Egypt, and scholars have not solidly placed the contender for the throne.

Of all the documents in the Bible, should we hold Genesis as the most suspect? After all, depending on when Genesis 1 occurred, even by conservative estimates, this would mean that Moses wrote down the events thousands of years after they occurred.

Surely translation errors must have seeped in. And if they did not, that would have taken a great deal of divine intervention.

So how can we trust Genesis?

We can answer this question in a number of ways.

First, we can analyze extra-biblical texts such as the works of the historian Josephus. Many of his writings confirm the events in Genesis, writes Dr. Lisle for the Biblical Science Institute. Considering he wrote these books thousands of years after the events, this bolsters the support for the veracity of Genesis.

Second, as mentioned in the Biblical Science Institute article, we can also find archaeological evidence that confirms the events that happen in the Pentateuch, such as the walls of Jericho.

There also appears to be evidence (Genesis 5:1) that Moses had used other documents to compile his book, such as the genealogies. This indicates that Scripture may not have been passed down solely via oral tradition. The Israelites were proud of their history and made sure to spend meticulous efforts on getting every detail right.

In fact, we have several accounts listed in Genesis. This was essentially a divine research project and history book.

Is Genesis Literal or Mythological?

Because we have more support for a written tradition of Genesis, does this mean we take everything in the book at face-value? Do we have any mythological areas to combat, especially in Genesis 1-11?

To answer this question, we need to go to 2 Timothy 3:16. The verse states that all Scripture is God-breathed, and this includes earlier sections of Genesis.

So did God create the world in a literal six days or a symbolic six days? What about the cases where Genesis appears to be borrowing from Ancient world mythology?

We could devote entire books to these questions, but after perusing this article from Apologetics.com, which I highly suggest reading, I would love to once again mention that Jesus did assert the authority found in Genesis. Along with other documentation mentioned in the book, such as the account of Terah, the account of Noah, etc. we also have other Scripture supporting these events as true and literal.

Genesis 1:1 “In the beginning God created the heavens and the earth.”

Genesis 1:31 “God saw all that he had made, and it was very good. And there was evening, and there was morning – the sixth day.”

Genesis 12:3 “I will bless those who bless you, and whoever curses you I will curse; and all peoples on earth will be blessed through you.”

What’s the Verdict on Authorship?

Many modern scholars like to attack the authorship of Genesis. They may point out the faultiness of oral tradition or try to assert that multiple authors compiled the manuscript over centuries, borrowing from mythology of other religions.

But because we have extra-biblical support for the authorship of Genesis and because various authors throughout the Bible do attribute the Pentateuch to Moses, we can assume Moses wrote Genesis.

Genesis has sparked a great deal of debate among scientists and scholars, ranging from the literal vs. figurative days of creation to the genealogical lines.

Nevertheless, we can know that the book is God-breathed, and like many concepts in Scripture, although we may not fully understand all of it, we know enough about the book to see how it fits into God’s greater plan for humanity and salvation.

Hope Bolinger is a literary agent at C.Y.L.E. and a graduate of Taylor University's professional writing program. More than 600 of her works have been featured in various publications ranging from Writer's Digest to Keys for Kids. She has worked for various publishing companies, magazines, newspapers, and literary agencies and has edited the work of authors such as Jerry B. Jenkins and Michelle Medlock Adams. Her column "Hope's Hacks," tips and tricks to avoid writer's block, reaches 6,000+ readers weekly and is featured monthly on Cyle Young's blog. Her modern-day Daniel, Blaze, (Illuminate YA) Den (releasing July 2020), Dear Hero (releasing September 2020), and Dear Henchman (releasing 2021)  Find out more about her at her website.

This content first appeared on BibleStudyTools.com and is used here with permission. To view the original visit: https://www.biblestudytools.com/bible-study/topical-studies/who-wrote-genesis.html

Rekindle the Gift of God That Is in You - iBelieve Truth: A Devotional for Women - September 30