The United Methodist Church is a collection of associated congregations of Protestantism whose doctrine and beliefs are motivated by the spirit and teachings of John Wesley. George Whitefield and John Wesley's brother Charles Wesley were also significant early leaders in the movement.

Early Methodists consisted of all levels of society, including the aristocracy, but the Methodist preachers brought the teachings to laborers and criminals who were likely left outside of organized religion at that time. In Britain, the Methodist Church had a considerable impact in the early decades of the developing working class.

Here are the top 10 things to know about the Methodist Church. 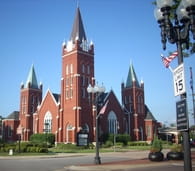 1. The Methodist Church began as a reformation of the Church of England.

The Methodist movement started with a collection of men, including John Wesley and his younger brother Charles, as an act of reform within the Church of England in the 18th century. The Wesley brothers originated the "Holy Club" at the University of Oxford, where John was an associate and later an instructor at Lincoln College. The group met weekly and methodically set about living a holy life. They preferred to receive Communion every week, abstain from most forms of amusement and luxury and commonly visit the sick and the poor. The fellowship was stigmatized as "Methodist" by their fellow classmates because of the way they used "rule" and "method" to determine their religious convictions. John, who was the leader of the club, took the attempted mockery and turned it into a title of honor. 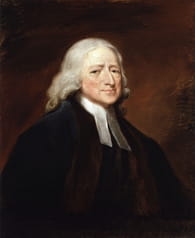 2. Wesley did not intend to split from the Church of England.

In 1784, Wesley responded to the lack of priests in the colonies due to the American Revolutionary War by anointing preachers with authority to administer the sacraments. This was a significant reason for Methodism's eventual split from the Church of England after Wesley's death.  This separation created a distinct group of church denominations. With regard to the occurrence of Methodism within Christianity, John Wesley once noted that "what God had achieved in the development of Methodism was no mere human endeavor but the work of God. As such it would be preserved by God so long as history remained." 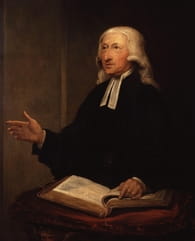 1) A person is free not only to reject salvation but also to accept it by an act of free will.
2) All people who are obedient to the gospel according to the measure of knowledge given them will be saved.
3) The Holy Spirit assures a Christian of their salvation directly, through an inner "experience" (assurance of salvation).
4) Christians in this life are capable of Christian perfection and are commanded by God to pursue it.

4. Methodists are known for their rich musical tradition.

Some of the most well-known hymn writers in Christianity were Methodists.  Most notable was Charles Wesley wrote penned over 6,000 hymns in his lifetime.  Many of his hymns are translated into other languages and form the foundation for Methodist hymnals.  Wesley's hymns are famous as interpretations of Scripture. As a result of his renowned hymnody, the Gospel Music Association acknowledged his musical contributions to the realm of gospel music in 1995 by including his name in the Gospel Music Hall of Fame. 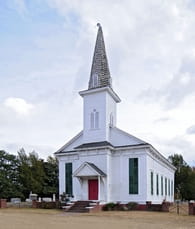 5. The United Methodist Church is the largest American mainline denomination. 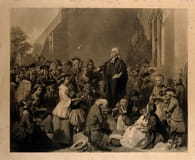 6. The Methodist denomination grew from four people to over a hundred thousand in Wesley's lifetime.

From the origin of Methodism, a group of four men who called themselves the “holy club” at Oxford, was an impressive growth in the span of John Wesley's lifetime. When Wesley passed away in 1791, the movement he helped start had grown to 72,000 members in the British Isles and 60,000 in America.  Methodism continued to grow as today, across the multiple Methodist denominations, there are nearly 40 million members worldwide.

7. Wesley believed in the importance of “social holiness.”

Wesley preached that we needed to be involved in “social holiness.”  He believed we could only grow as Christians in a community, surrounded by people of similar faith and conviction.  In his preface to the 1739 hymnal, he was insistent that “the gospel of Christ knows of no religion but social; no holiness but social holiness.”

Numerous times, Wesley engaged in heated theological disputes with another renowned preacher named George Whitefield. Though they both debated intensely, Wesley reflected on their contrast in beliefs in a memorial sermon for Whitefield by saying:  “There are many doctrines of a less essential nature. ... In these, we may think and let think; we may 'agree to disagree.' But, meantime, let us hold fast the essentials. …” This appears to be the first documented use of the phrase. It was an indication of Wesley’s manner of sticking to his convictions while remaining in connection with those with whom he disagreed.

9. John Wesley wrote one of the bestselling medical texts of all-time.

Wesley was deeply convicted that God is concerned about our earthly life as well as our heavenly one. To that end, he wrote a medical text for the everyday person titled Primitive Physick.  The book discussed the contemporary knowledge about home health remedies and went through 32 editions, making it one of the most widely read books in England.

Many of Wesley’s suggestions for healthy living remain commonly confirmed. While some of his recommendations were hopeful thinking, the most significant portion of his philosophy was his conviction on continual observation to support hypotheses. Wesley bravely questioned modern doctors about how they sometimes treated humans like machines and that much of their “medicine” lacked merit and evidence to support its effectiveness.

10. Although the Methodist Church is declining in Great Britain and North America, it is growing rapidly in South Korea.

The Korean Methodist Church is one of the largest churches in South Korea with around 1.5 million members and 8,306 ministers. Methodism in Korea grew from British and American mission work which began in the late 19th century.

The first missionary was Robert Samuel Maclay of the Methodist Episcopal Church, who sailed from Japan in 1884 and was given the authority of medical and schooling permission from emperor Gojong. The Korean church became fully autonomous in 1930, retaining affiliation with Methodist churches in America and later the United Methodist Church.

The church experienced dramatic growth in membership throughout most of the 20th century, despite the Korean War, before settling in the 1990s. The KMC is a member of the World Methodist Council and hosted the first Asia Methodist Convention in 2001.

Photo courtesy of the Kukmin Daily

This article is part of our Denomination Series listing historical facts and theological information about different factions within and from the Christian religion. We provide these articles to help you understand the distinctions between denominations including origin, leadership, doctrine, and beliefs. Explore the various characteristics of different denominations from our list below!

This content first appeared on Christianity.com and is used here with permission. To view the original visit: https://www.christianity.com/church/denominations/what-is-methodism-10-things-to-know-about-methodists.html

When a Nation Falls - From His Heart - September 29